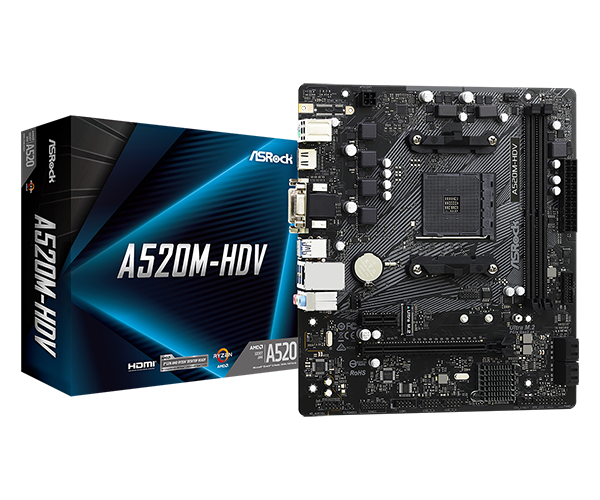 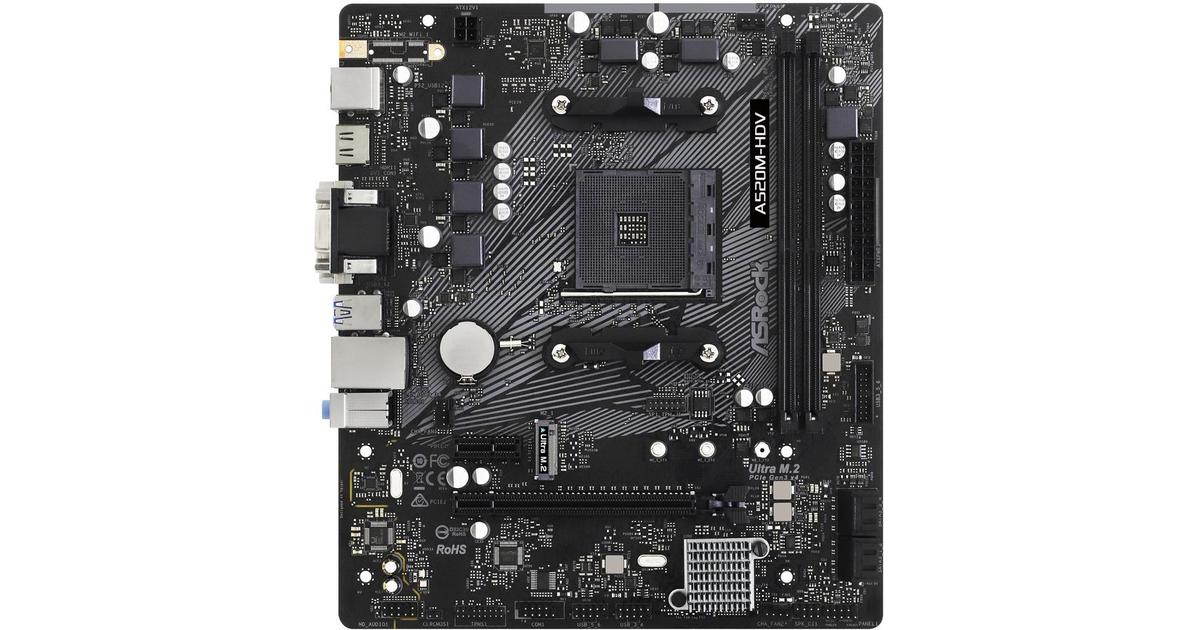 ALL THE ESSENTIALS YOU NEED FOR COMPUTING

The ASRock A520M HDV is a great Micro ATX motherboard for professionals who command an excellent reliability for their system. Prepared with an M.2 slot that supports both SATA3 6Gb/s and four PCIe Gen3, the quality interface that excels data transfer speeds up to 32Gb/s. Featuring high quality manufactured 2oz Copper, for PCB layers providing lower temperatures and higher energy productivity for overclocking. With plenty of connectivity options, users can accomplish anything and everything.

Complete with all three types of most used connectors! Packed with a D-Sub + DVI-D + HDMI combo. Plus the HDMI port supports 4K resolution. The motherboard also supports the most recent HDMI 4K 60Hz graphics output specification. With the larger bandwidth and increased frame rate, the motion on your screen becomes more fluid and less blurry.

ASRock features the High Density Glass Fabric PCB design, which reduces the gaps between the PCB layers to protect the motherboard against electrical shorts caused by humidity.

Some sensitive digital components on the motherboard are vulnerable to power surges, the excessive current may cause your system to malfunction immediately. ASRock Full Spike Protection includes various technologies to prevent your motherboard’s components from being damaged by these unexpected voltage spikes.

ASRock Live Update & APP Shop is designed for your convenience. Users can download various apps and support software, optimise your system with ease and keep your motherboard up to date with the:
ASROCK LIVE UPDATE & APP SHOP.